I am proud to be a 3M-sponsored blogger, and as part of my responsibilities, I get the opportunity to evaluate 3M products. All my opinions are my own and all the results you see in the post are real.

If I’m being honest I’d have to say that sometimes I can be a little lazy when it comes to cleaning. I’m sure you are never like that but just in case I’m not the only one, today I’m going to share 10 things you can clean with a lint roller, that will make your life easier and cleaner! I love using my Scotch-Brite Printed Lint Roller because it’s the only lint roller with Scotch Brand adhesive (which means it can pick up tiny specks of lint and surface debris without “pulling” on fabrics. 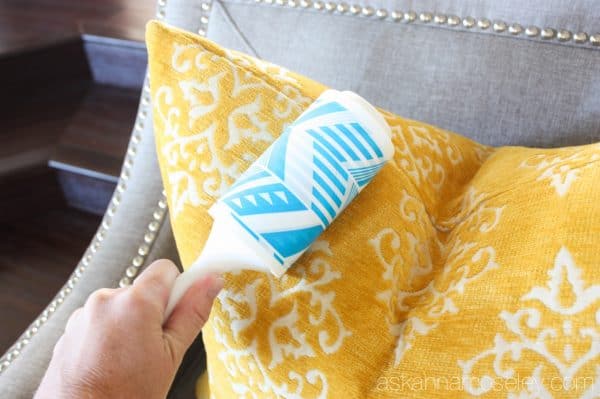 I always think about how dusty the pillows get when we do house projects or if we have the windows open a lot. I don’t like to wash them too often because they start to lose their shape so I’ve discovered that if I use my lint roller to dust them in between washes, it’s a great way to keep them clean. 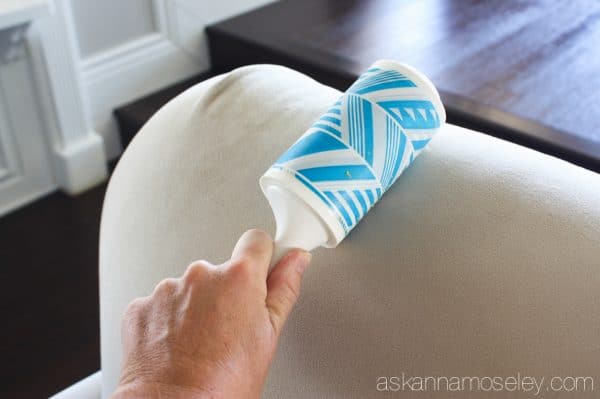 Often times when I’m vacuuming I’ll vacuum the couch too, but like I said, I can get lazy, so using a lint roller to clean it off between vacuumings, is fast and easy.

I’d always wondered a good way to clean these things and then my old housekeeper taught me this cleaning trick. You can do it two ways, the first way is to use the lint roller itself to dust in the button tufts.
The second way is to take one of the lint roller sheets, stick it over your fingers and use your fingers to wipe around the inside of the tufts. I’ve found that with deeper holes, using the finger trick is the easiest way to clean them.

I wrote about this earlier this year and I love this trick so much that I had to bring it up again. 🙂 Use a lint roller to dust your lampshades and keep them clean. Click HERE to read the full tutorial. 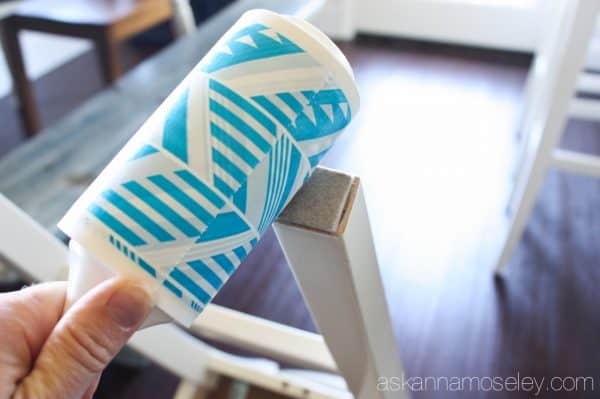 Because we have wood floors throughout our entire upstairs I have felt pads on the bottom of everything! We also have 3 girls in the house which means they collect a lot of hair (so gross, I hate hair). Using a lint roller is a great way to clean the pads off so you don’t have to use your fingers and touch all that gross hair! 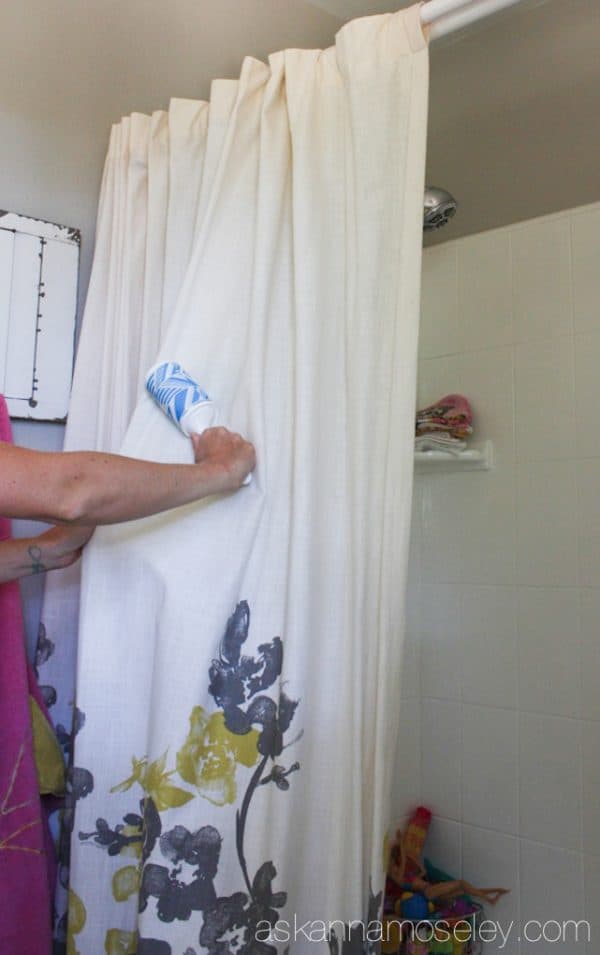 Have you ever noticed that bathrooms get dusty really quickly? It’s all the “lint” from the toilet paper getting ripped off all the time. It’s easy to dust most of the surfaces in the bathroom but I know the shower curtain gets missed a lot because I don’t want to always have to take it down and wash it. A great way to keep it dust/”lint” free between washings, is to use a lint roller to clean it off. 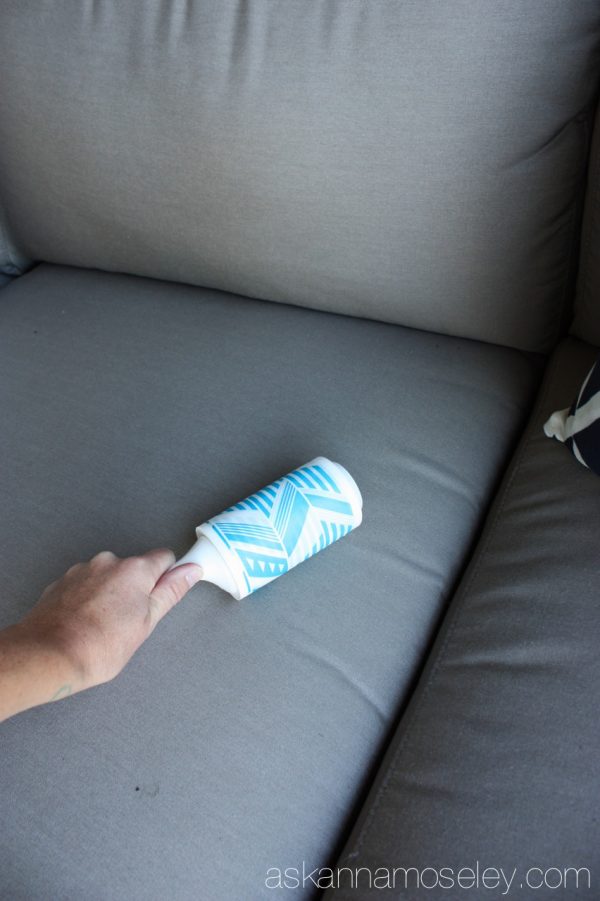 We had a lot of fires in our area this summer so our outdoor furniture was covered in, not just dust, but soot too. Of course we could’ve taken each individual cushion off and beaten the dust/soot off of it but who has time for that? I found that using a lint roller was a super fast and way easier way to clean off the furniture. And they needed it too! The lint roller strips were black when I finished cleaning them. 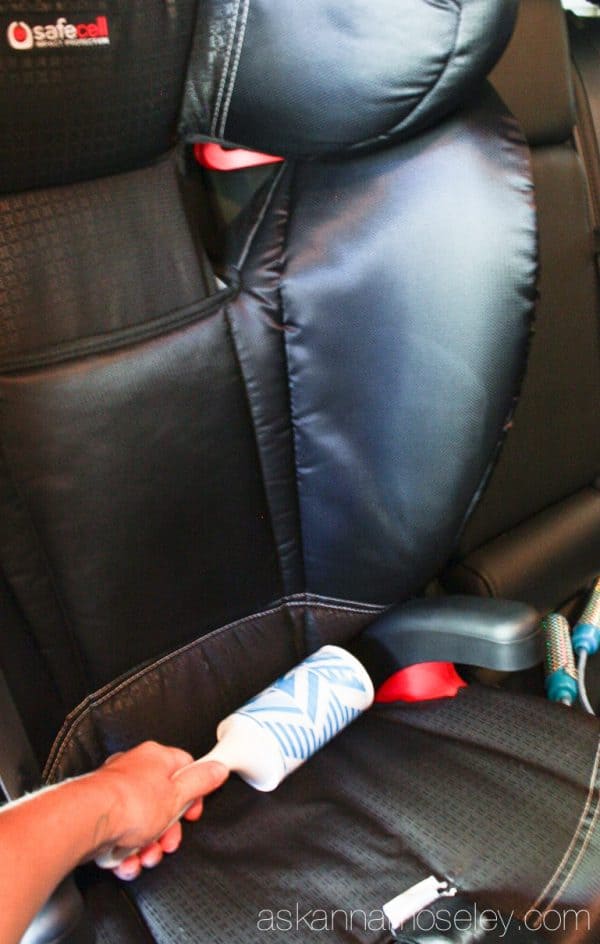 While we’re outside let’s head into the garage. I don’t allow my daughter to eat in the car but somehow her carseat never fails to have crumbs in it (one of the many mysteries of motherhood). Because it’s a huge pain to take out her carseat out, I discovered that using a lint roller to pick up all the crumbs was a much easier way to clean up her messes. And while you’re at it why not do the rest of the car seats too because sometimes I allow myself to eat in the car (don’t tell my daughter) and I get crumbs in my seat. 🙂 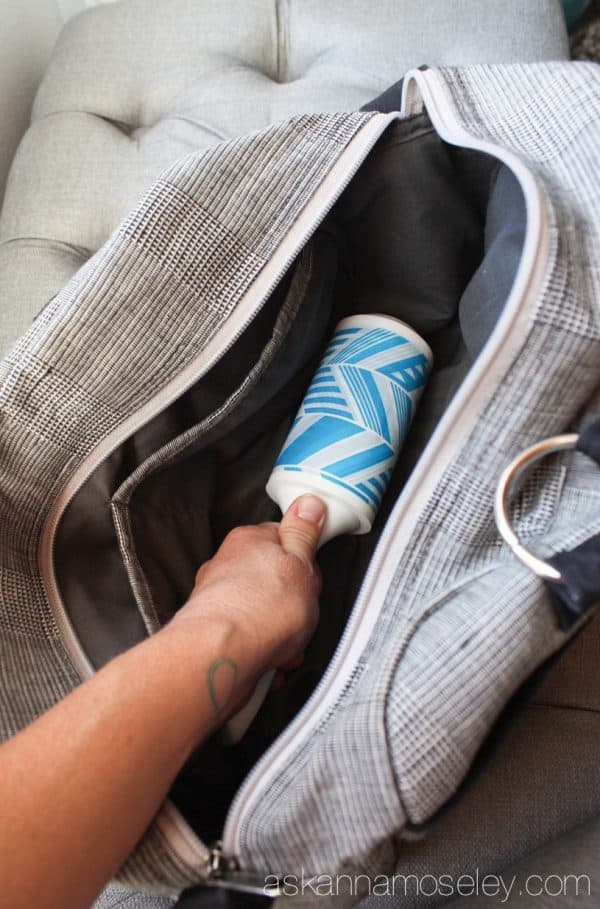 Another mystery of motherhood is how we accumulate all those crumbs in the bottom of our purses! A quick and easy way to clean it out and get rid of the crumbs is to lint roll the inside of your purse. If it’s a fabric bag go ahead and do the outside while you’re at it. 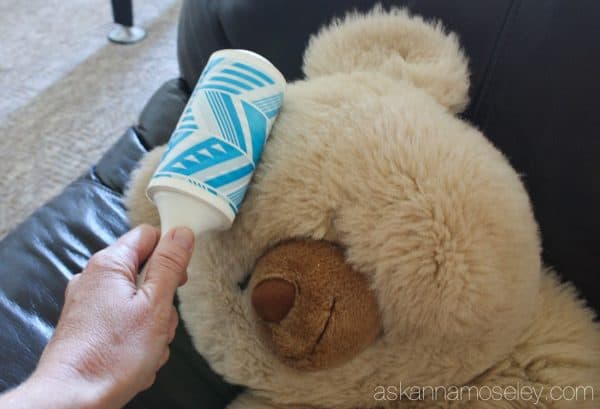 My daughter has her favorite stuffed animals that she sleeps with and they get washed in the washing machine every time I clean her sheets but the other ones that just lay around waiting for her to play with them, can get quite dusty, especially during the school year when she’s a busy little girl. Using a lint roller to clean them off will keep them dust-free and prevent them from getting that dirty/musty smell. Look at how happy Fluffy is that he’s getting cleaned. 🙂

I know I said there were only 10 things but there’s one more we forgot to add, do you know what it is? It’s your clothes!!! This is the obvious one that people think lint rollers are meant for but I think they’re also meant to clean a lot of other things too. 🙂 We currently have a pet-free home so we don’t have to use lint rollers to get off hair (which is what most people use them for) but I find they come in hand when my clothes come out of the dryer with a little extra lint on them, or if someone leaves a tissue in their pocket and gets all over everyone’s clothes.

These are just 11 of the many uses for lint rollers, and you can visit Scotch-Brite Brand’s cleaning guide for more tips and tricks! Do you have a favorite cleaning tip that you use a lint roller for? Leave it in the comments so all my other readers can learn it too! 🙂 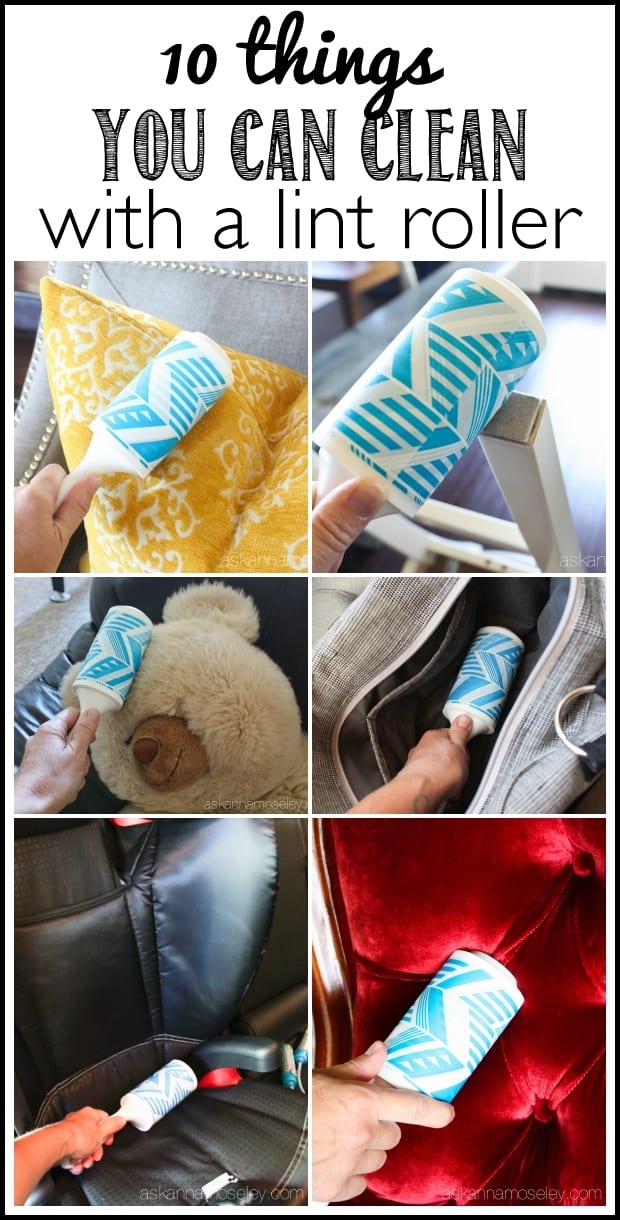 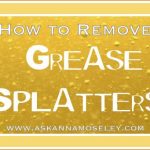 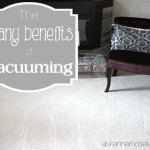