If you have any questions about this makeover, or product, please CLICK HERE to review the FAQ page.

***To see my video review of how the product is holding up a year later, click HERE.***

I am so excited for this post today! I’ve been waiting for the sun to come out so I could take good “after” pictures to show you just how amazing the transformation of our PINK bathtub is! I’m going to show you how to update an ugly bathtub for less than $30, yes, that’s right, less than $30! 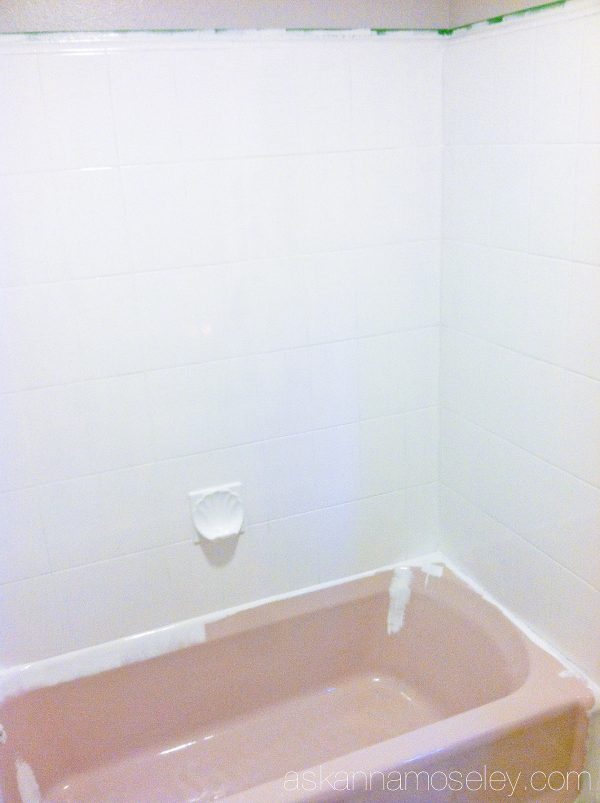 How to update an ugly bathtub

Before I show you the fabulous “after” pictures, let me give you a glimpse of what it looked like before. Warning: these pictures are VERY pink. 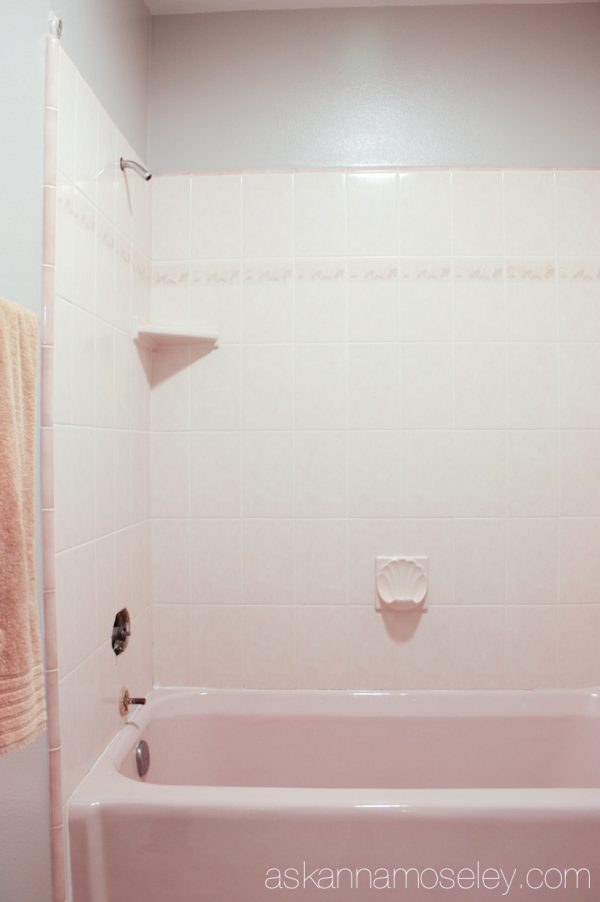 These pictures are for real, I am not making this up. You’ll see how pink the rest of the bathroom was next week on my big Guest Bathroom Reveal post!!!

I knew that replacing the tub and tile was WAY out of our budget so I started looking around at other options. That’s when I found a product called Tub and Tile Transformation by Rust-Oleum. 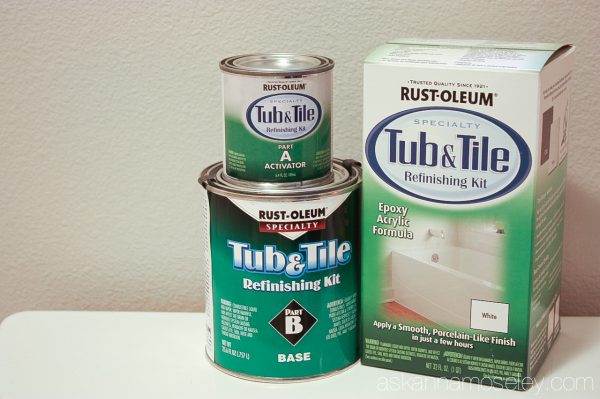 I did some research and figured it was worth giving a try; I mean really, what did I have to lose?

The prep took me about 45 minutes but most of the was trying to get the 25+ year caulking off.

2. Next you mix together the two cans of the Refinishing Kit. My only warning is that it smells terrible! Make sure you are wearing a mask and have the fan on in the room. I opened the window in our bathroom too, even though it was pouring rain. 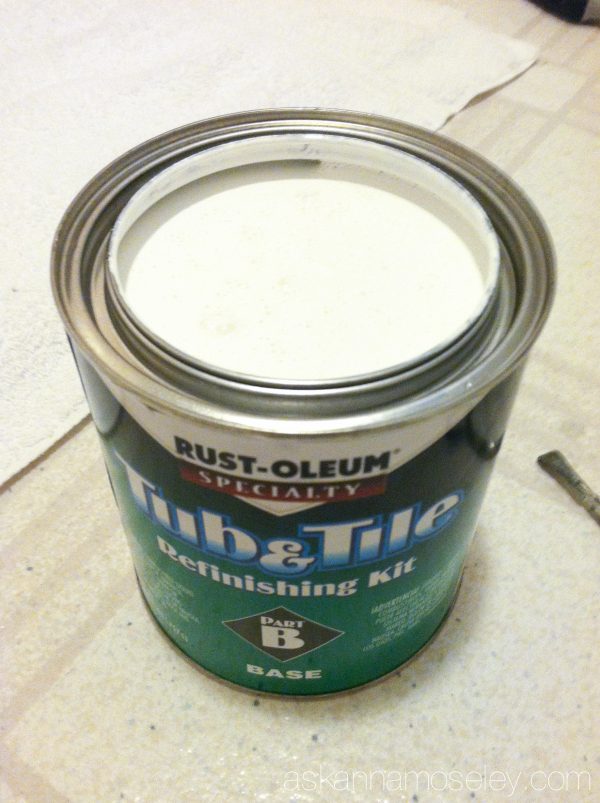 When I put my first stripe of paint on the tile I got really excited. See you NEVER again pink tub and tile! 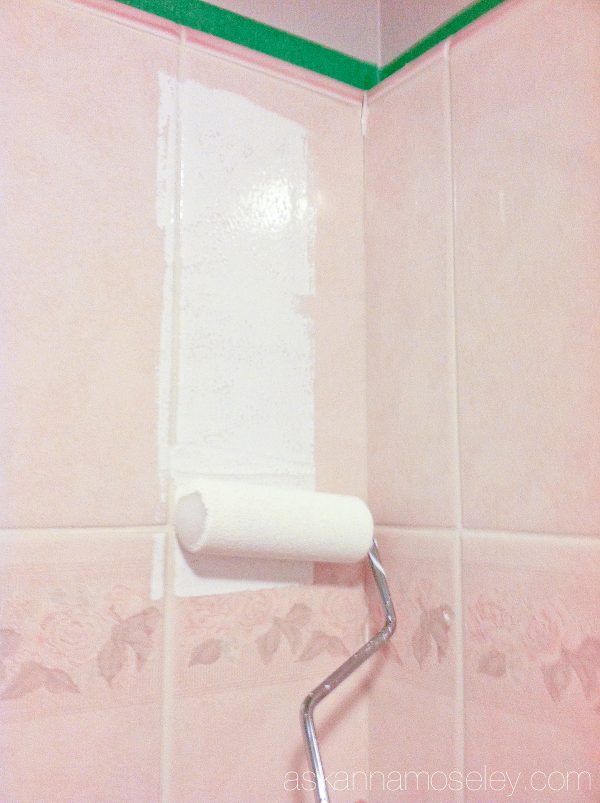 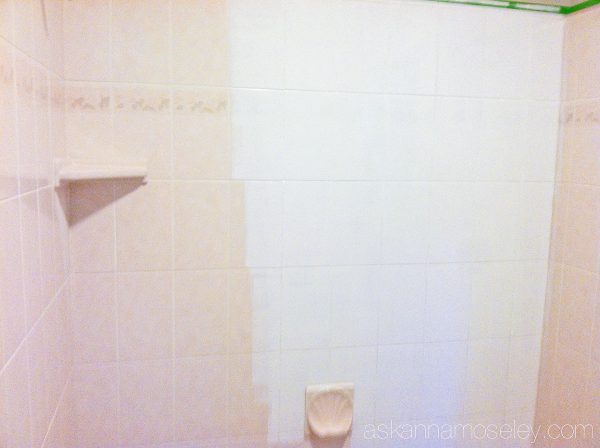 I painted all the walls first so I could stand in the tub, here’s what it looked like after my first coat on the walls.

Isn’t it crazy how much brighter it looked after just having painted the walls!? Here’s what it looked like after the first coat on almost the entire thing. 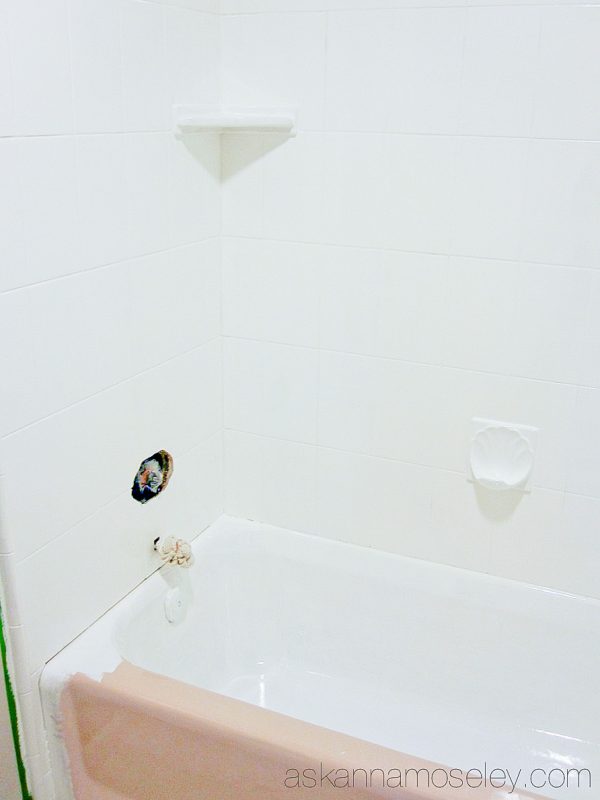 Bye-bye last little bit of pink! (Can you tell I couldn’t wait to get rid of the pink!?) 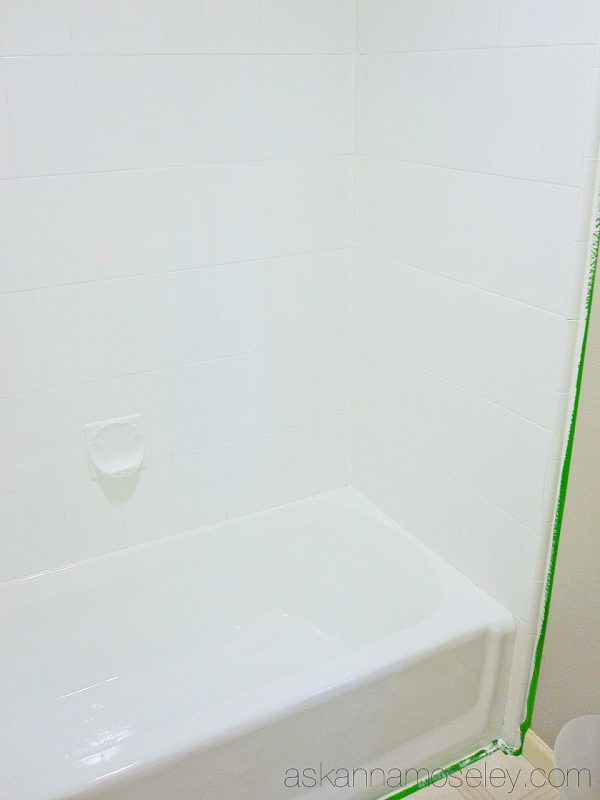 3. After the 1st coat I let it sit for an hour and then came back to paint the second coat. Then I let it sit over night to dry. The next day I peeled of all the FrogTape and I swear I heard angels singing! 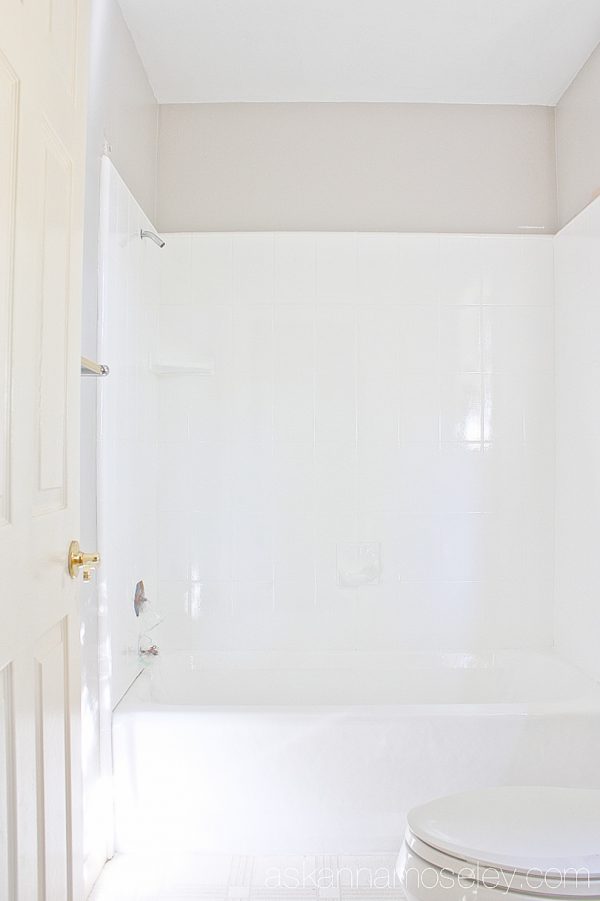 Isn’t it AMAZING!?! I seriously couldn’t believe how much better it looked! Let me just remind you of how far we came in just 1 day, and only a couple hours of work. 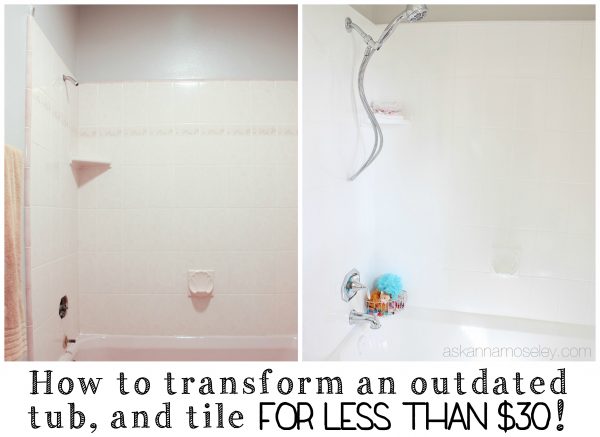 After re-caulking the tub (click HERE to see how to do it like a pro) we added a new shower head and tub filler and I couldn’t be more thrilled with how it looks now! 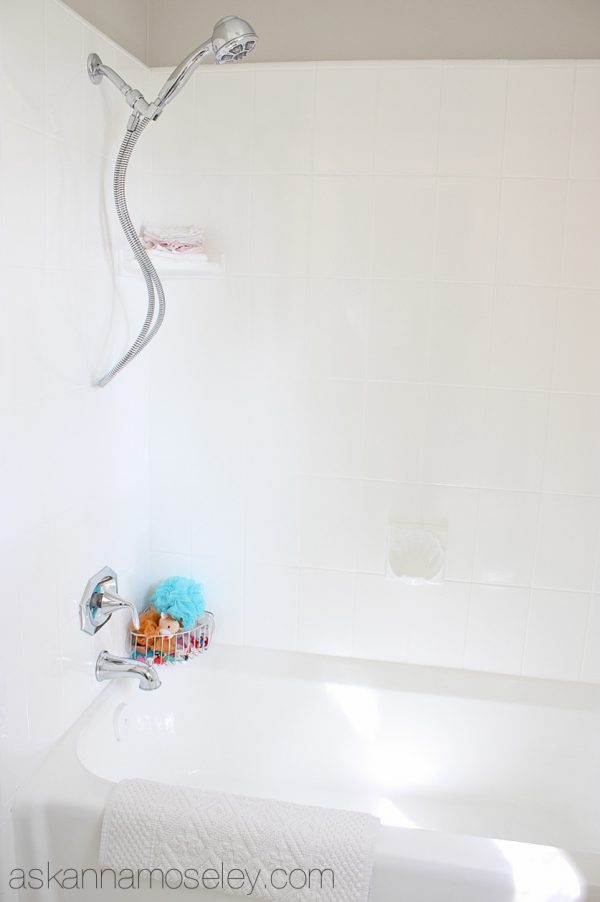 Isn’t it amazing how much brighter the room is now!? THANK YOU Rust-Oleum Tub and Tile Transformation!!!

Here’s a little video which shows the before and after, talks about the durability and how it’s holding up after a month of use and cleaning!

***To see my video review of how the product is holding up a year later, click HERE.***

Did you know this is one of my most popular posts!? To see more of the posts people love click on the titles below:

« How to Make a Recipe Binder
Homemade Fruit Snacks » 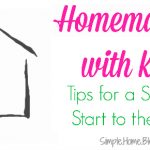 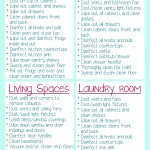