This post has been a long time coming! This was one of those projects that we did, in the midst of a crazy busy season, and I took pictures and then completely forgot about them. I stumbled across them last month and even though the ceiling has been done for a few months now, I still really want to share it with you.

You might remember our kitchen ceiling from before, it had one of those huge florescent light boxes, from the 80’s. Here’s a picture from right after we finished the subway tile wall. 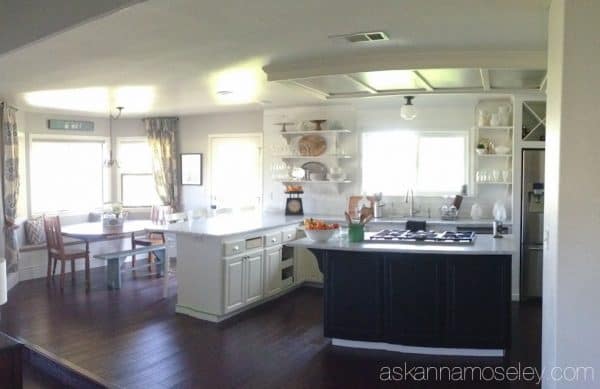 I knew from day one that I wanted to get rid of the light box, but there were a lot of other projects that had to be finished first. But when the day came, and my husband ripped it all out, I may have squealed with excitement! 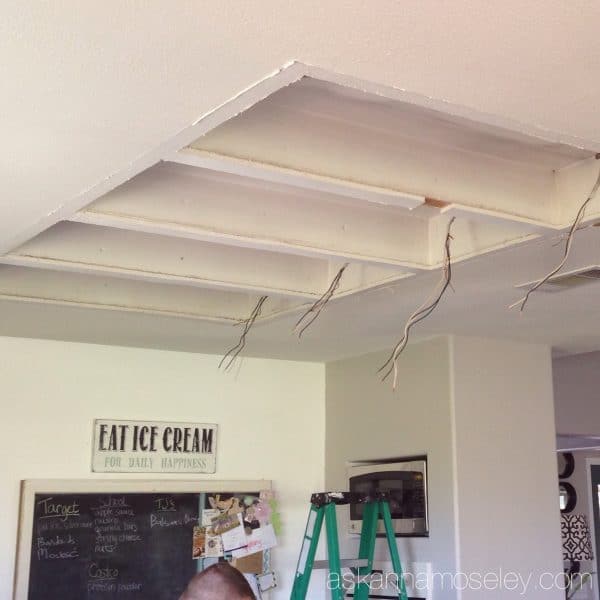 I knew I wanted glass pendants over the island so I bought these and asked my husband to install them.  We also installed a few more can lights to make the room brighter, since the light box was ugly, but did put out a lot of light.

Then the day came when it was time to install the tongue and groove pine (squeal!). This was one of the projects that we had our contractor do because we were in the middle of a crazy busy season and we only had a few days to get it done. If you look at the picture below, it was taken on a Monday, and that Thursday we were hosting a huge event at our house (yikes). We knew there was no way we could get it finished so we brought in the pros. 😉 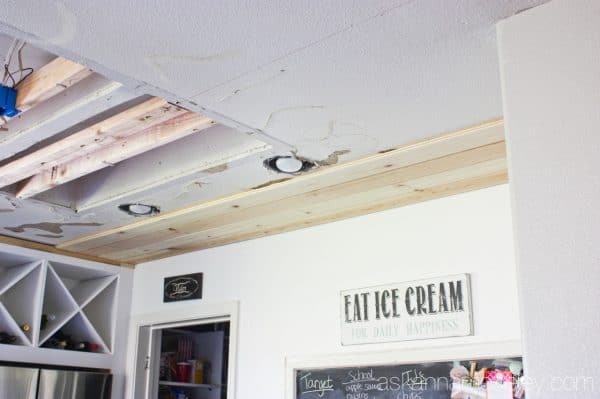 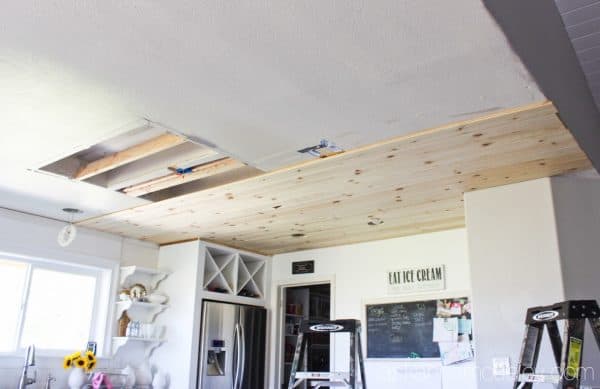 As the first few boards went up I was so giddy and when they started covering up the big hole in the ceiling I was ecstatic! 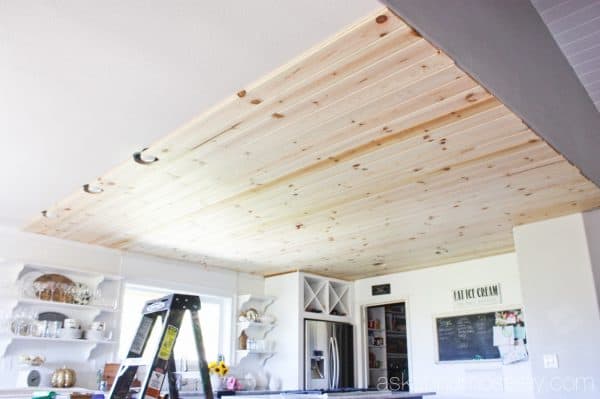 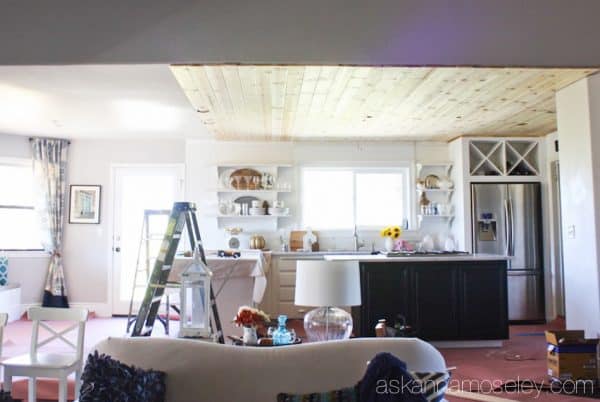 Here’s what it looks like now, with all the lights installed. 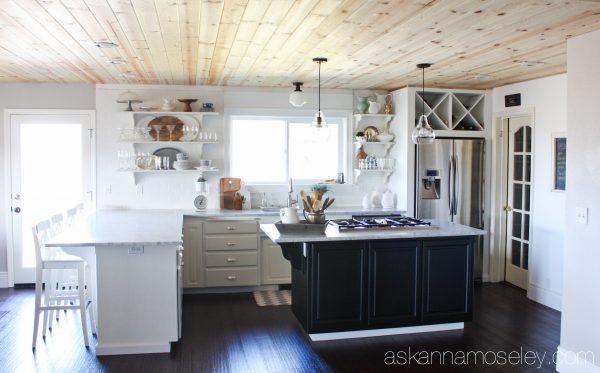 I love the pine, it flows so nicely into the pine ceiling in our living room. Even though the living room ceiling has been painted, the rooms flow nicely together now. I still want to install crown molding in the kitchen and breakfast nook, but it’s going to have to wait until our bedroom/bathroom, and downstairs, are finished. 🙂 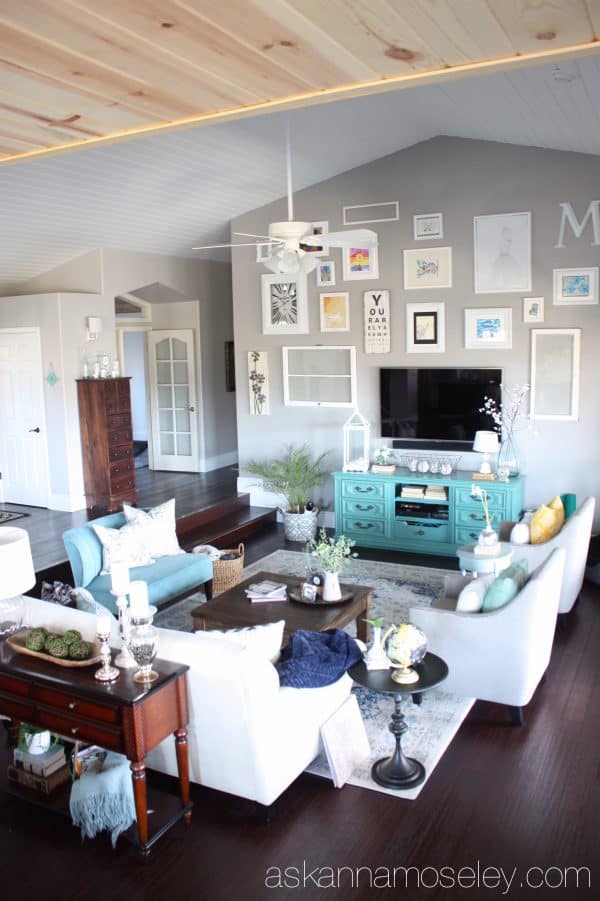 I’ve gone back and forth on whether to treat the wood or not, I even bought all the stuff to gray wash it, taped it off, and then chickened out. It’s so pretty that I’m afraid of messing it up. I might end up white washing it eventually, but for now I think I’ve decided to leave it as is. 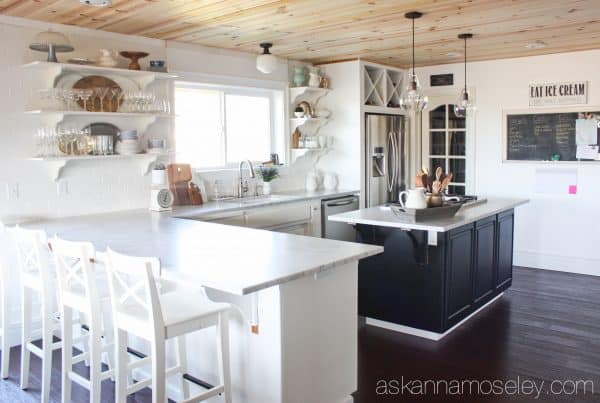 What do you think of the transformation? If it were your kitchen would you treat the wood, or leave it as is? 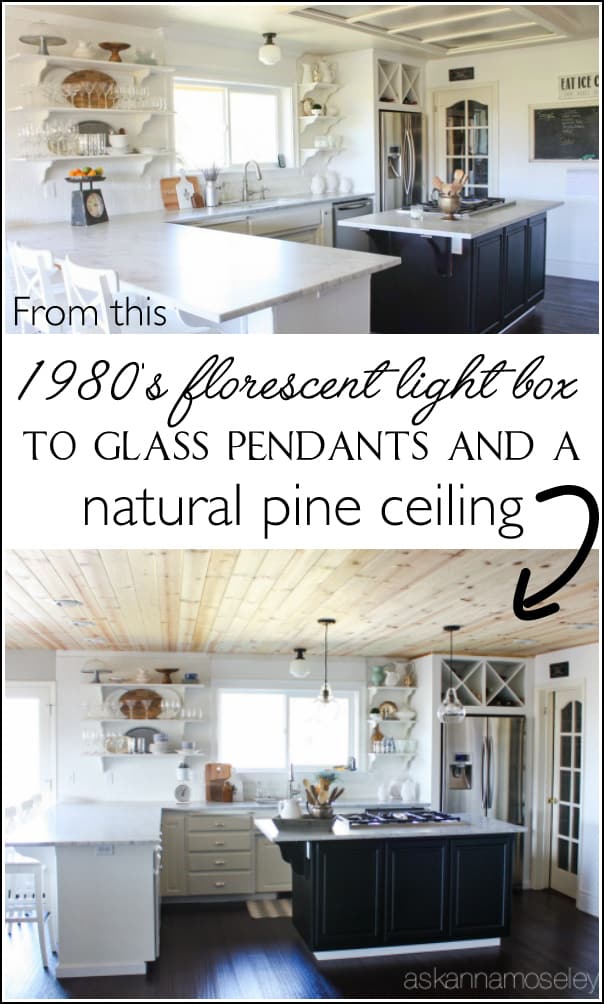 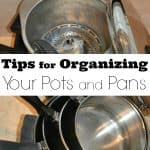 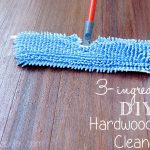