UPDATE: After the 1st year of having our elf she became a kindness elf. To see my post with ideas for 24 days of kind acts, click HERE.

I have resisted the Elf on the Shelf trend as long as possible but last week my mom took Malea to the bookstore, where Malea noticed them and just “had to have one”. Personally I think the idea of an elf watching you for 24 days is a little creepy, but she loves the idea so this year we are jumping on the bandwagon. Meet Eila (pronounced Ee-la). 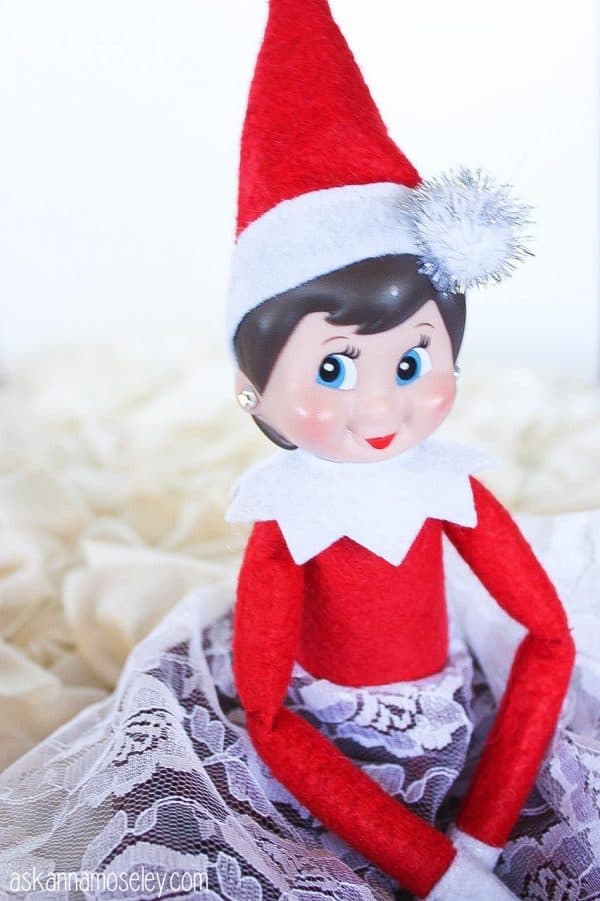 Eila is a sweet elf that doesn’t get into mischief but wants to have a fun time while she’s staying with us. So I gathered up some easy Elf on the Shelf ideas for her and I threw in a handful of my own. If you’re wondering what Eila is going to be doing for the next 25 days, here’s her schedule.

Day 1 – We must have a proper welcoming, Malea is going to be SO excited to see her! 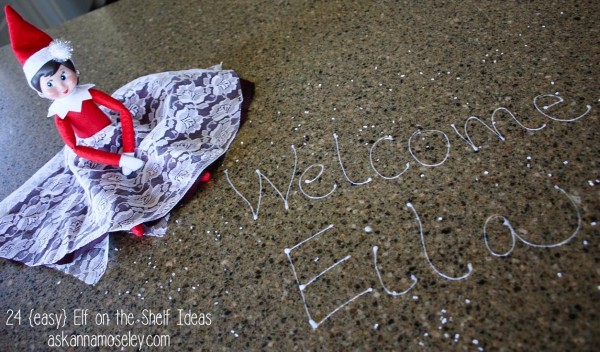 Day 2 she’ll show Malea the Christmas countdown she made for her. 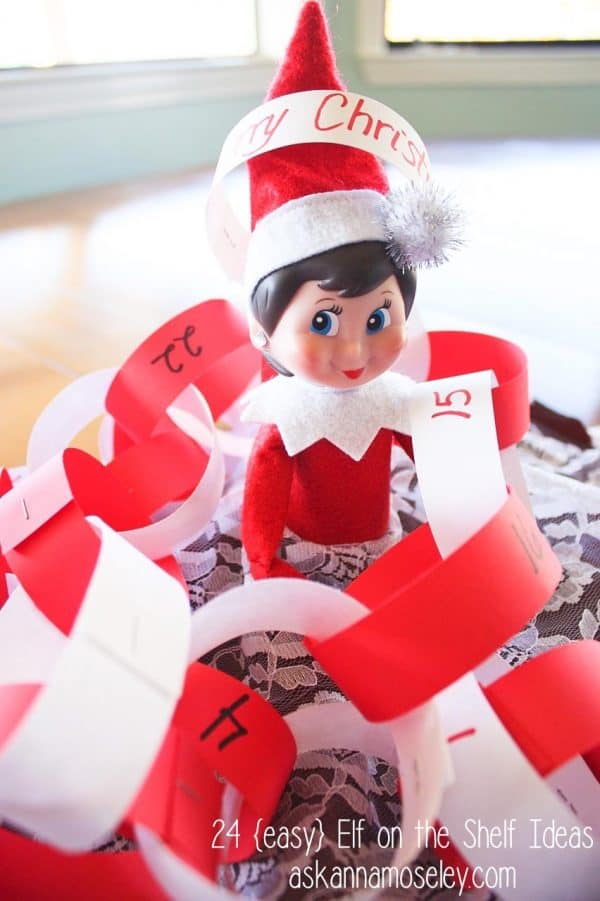 And on Day 3 Eila is going to remind Malea to make her Christmas list. 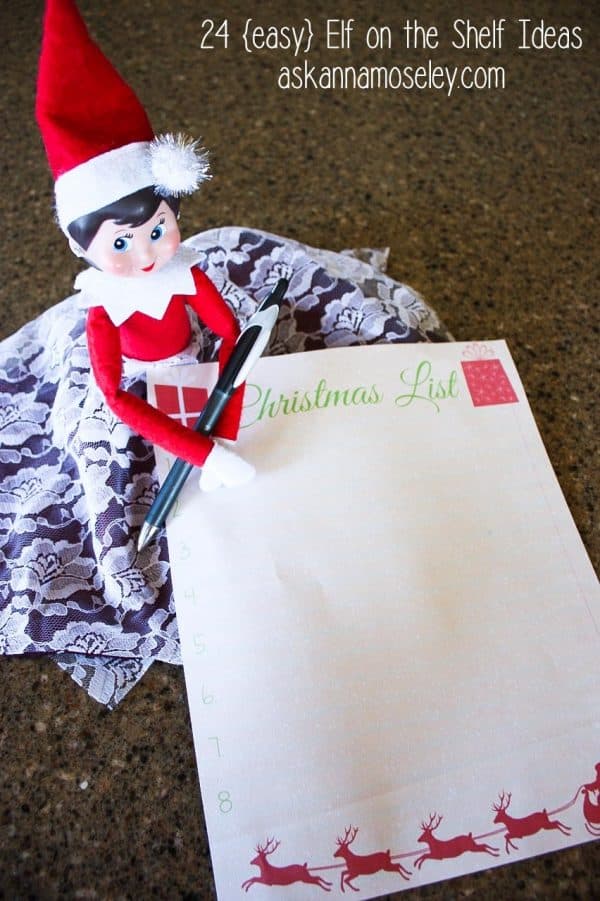 Days 4- 8 she’s going to hang out in the silverware drawer, go fishing, hang from the fan by the Christmas countdown, zipline and draw a smily face in the sink for Malea. 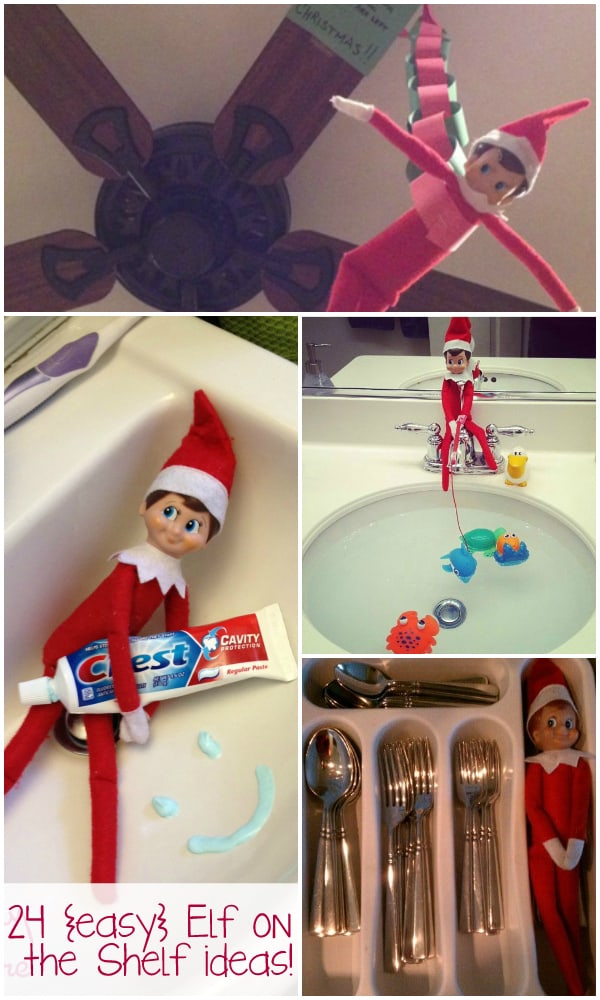 Day 9 she’s going to play dress up because she knows Malea loves to dress up. 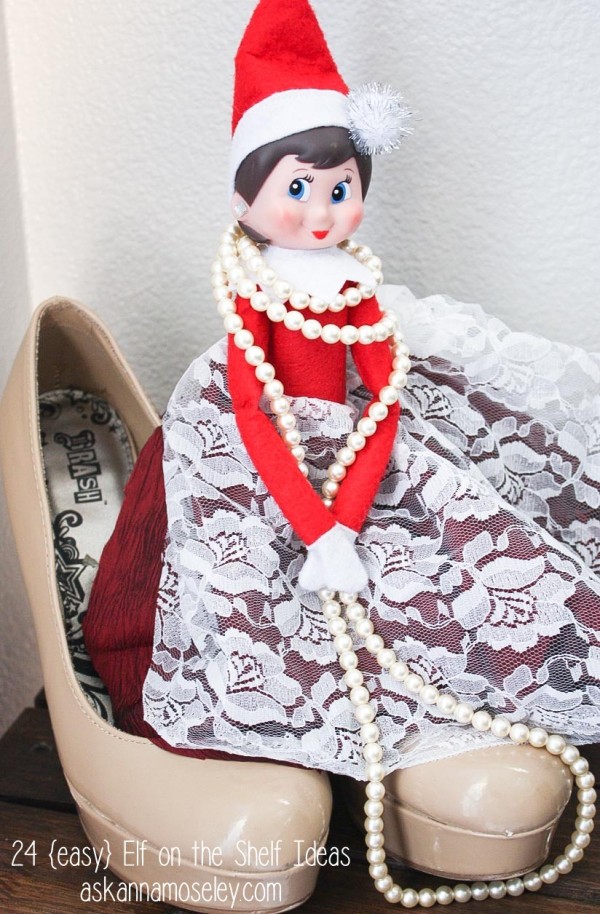 Day 10 is going to be a fun day because she’s going to give Malea the early gift she brought her back from the North Pole. 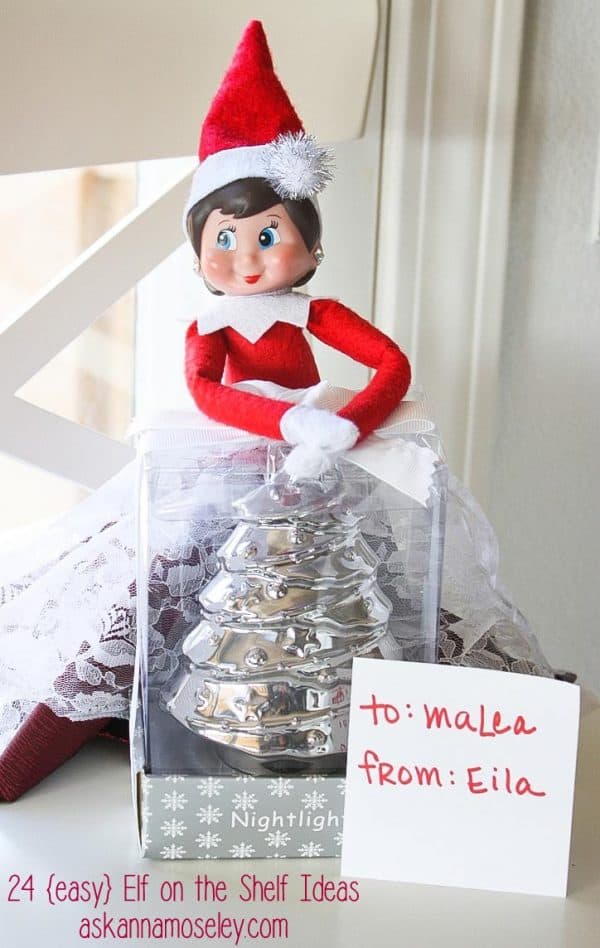 But on day 11 she’ll be tired from all the playing and just want to read an American Doll magazine, with Malea’s glasses. 🙂 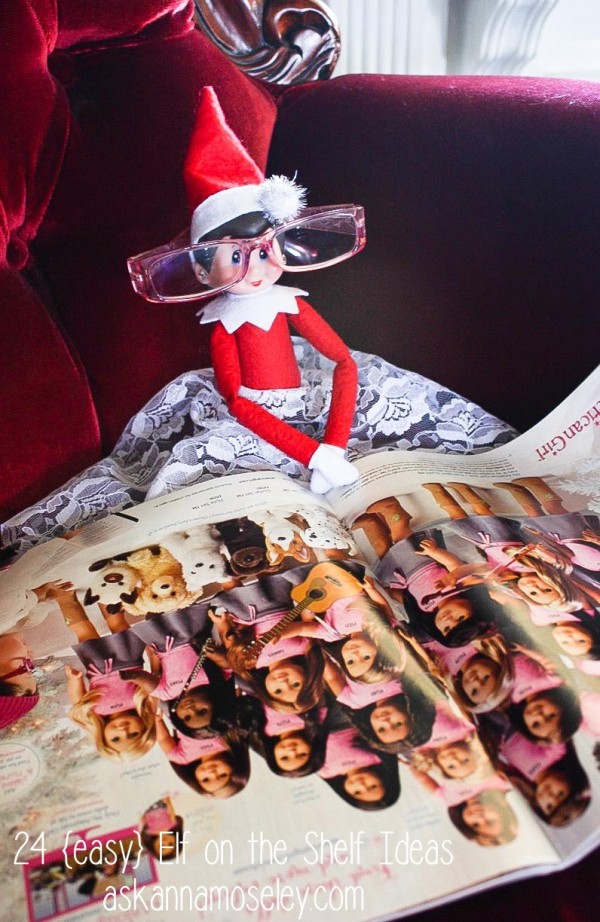 Days 13-16 it’s back to being silly with rolling down the stairs, tic-tac-toe, manicures and a TP hammock. 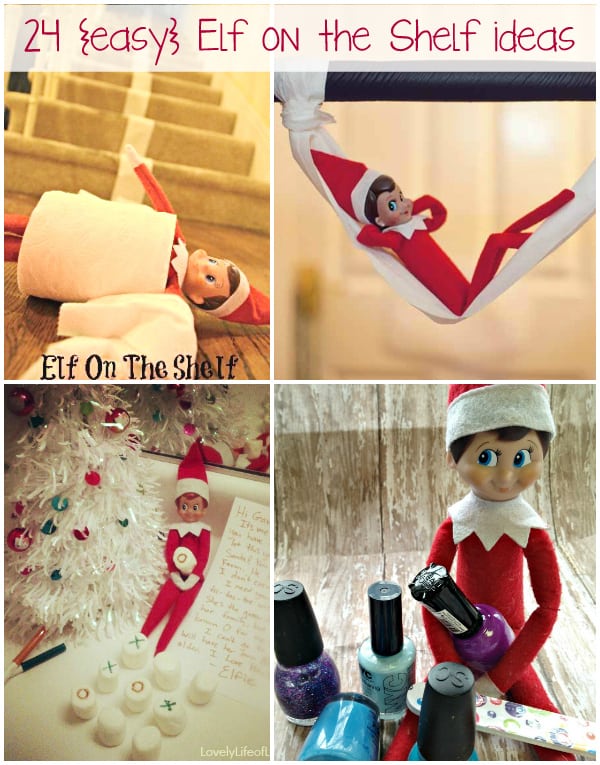 Day 17, Eila and Elsa are going to go crusin’ around the house. 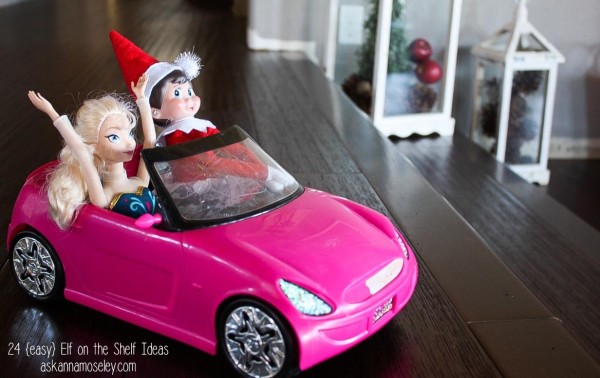 Day 18 is only a few days before Christmas so she’s going to make sure all the “reindeer” are ready for the BIG DAY. 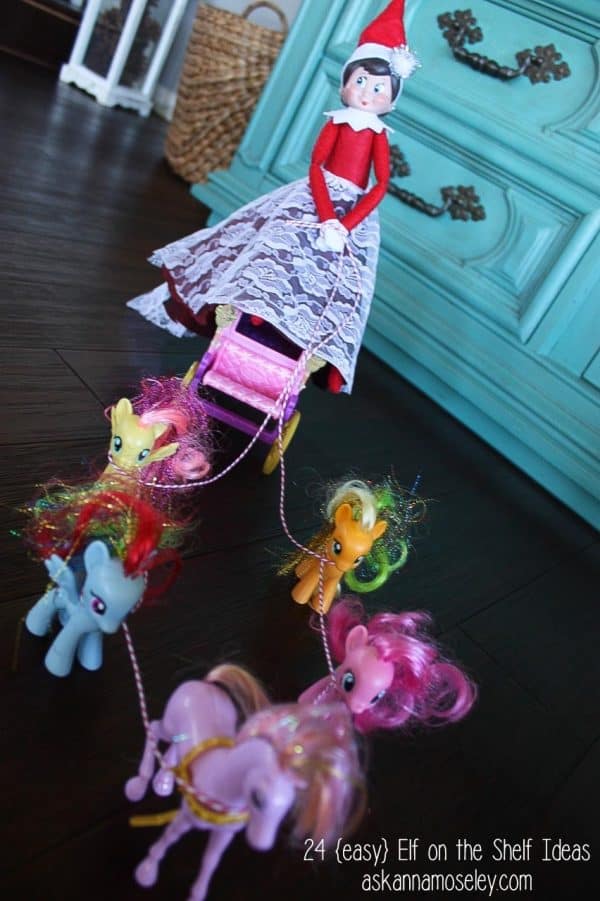 On days 19 -21 she’s going to have some winter fun with sledding, snowflake making and making snow angels. 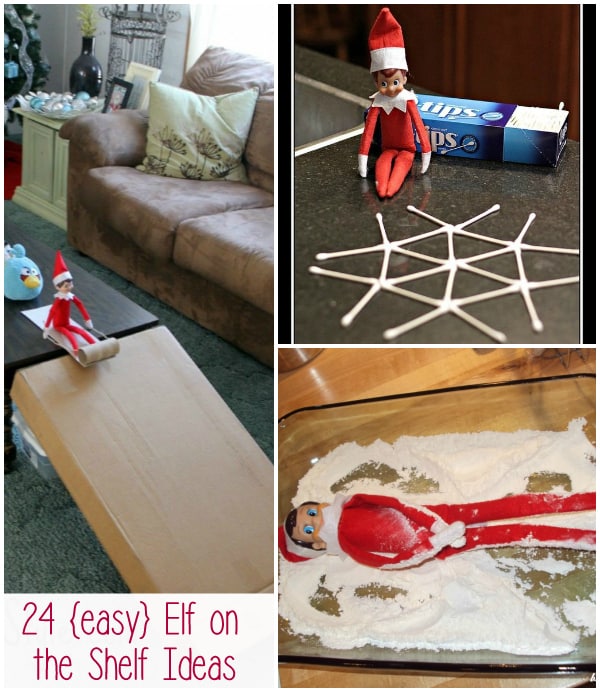 Day 22 she’s going to play a game with all her new friends before she has to leave. 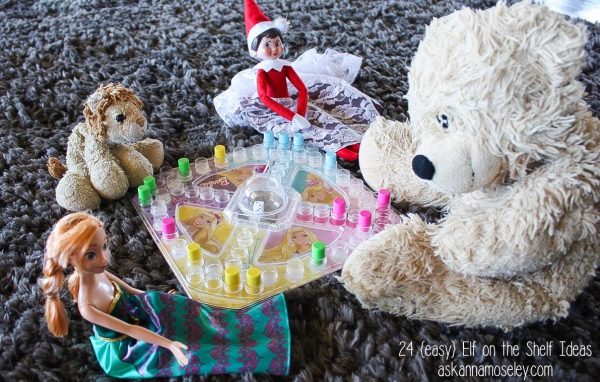 Day 23 she’s going to hang out in the fridge to get herself used to cold temperatures again, because it’s not very cold here in California. 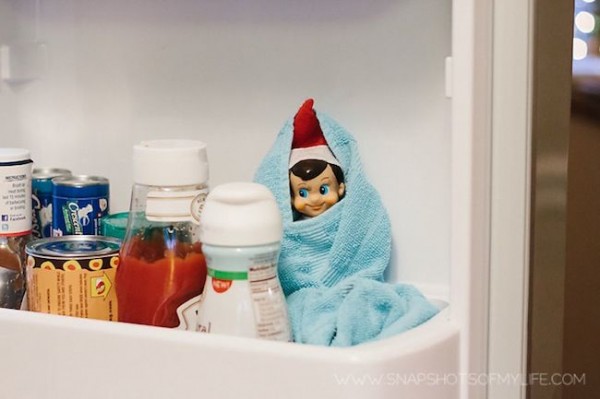 Day 24 she’s going to say goodbye with a Jesus-centered goodbye note, because talking about Santa, playing with elves, and all that is fun, but the real reason for the season is to celebrate Jesus’ birthday. 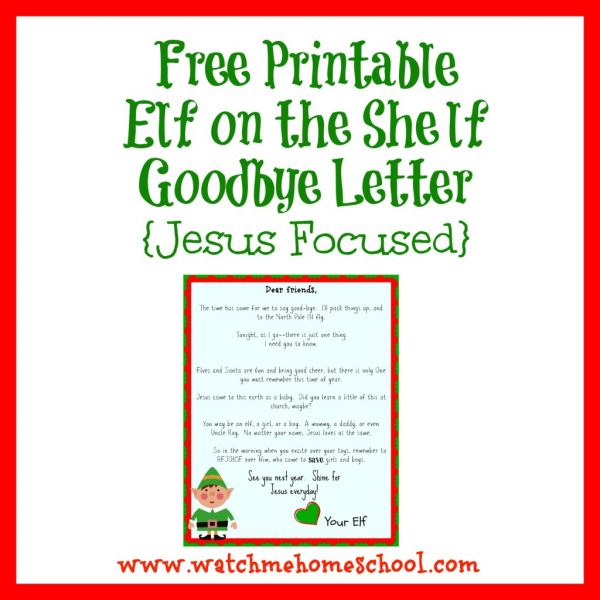 So I was wrong, having an Elf on the Shelf isn’t as bad as I thought it would be, I’m actually kind of looking forward to setting her out every night because I know Malea is going to LOVE it! I’d love to hear your favorite things to do with your Elf on the Shelf! 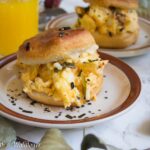 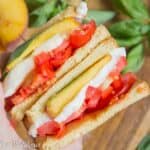