One of the many projects I did this last weekend was a fun little lampshade makeover. When I was at the Better Homes and Gardens headquarters in Des Moines a couple weeks ago we got to take a styling class with Eddie Ross. (More on my trip coming up later this week, I have SO much to tell you!) One of the things he had done was taken this awesome Better Homes and Garden lampshade, and given it a little extra character by adding gold brads. 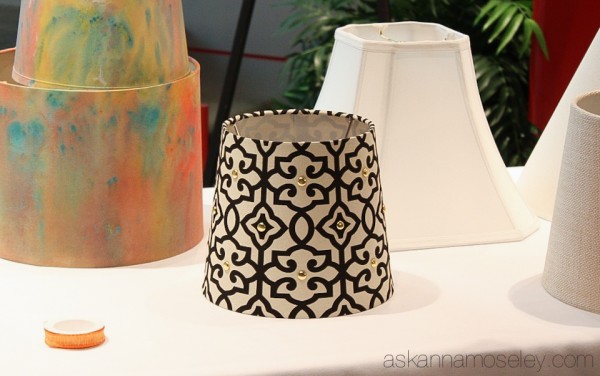 When I saw this I decided I was going to go home and do the same thing, I thought bringing a little gold into my living room might be fun. So I ordered the Irongate lampshade from Walmart.com. When it came I found a black lamp base that had been sitting in the garage, and they went together perfectly!

I hadn’t ordered the brads when I placed my order because I obviously wasn’t thinking and when the lampshade came I was so excited to do the project that I looked around my office to see what else I could use so that I didn’t have to run all the way to Walmart. I found some decorative tacks, that I’d bought years ago, and decided I could spray paint them with some gold spray paint that I had for another project.

The first thing I did was use a fine tip permanent marker to mark where I wanted each of the tacks to go. 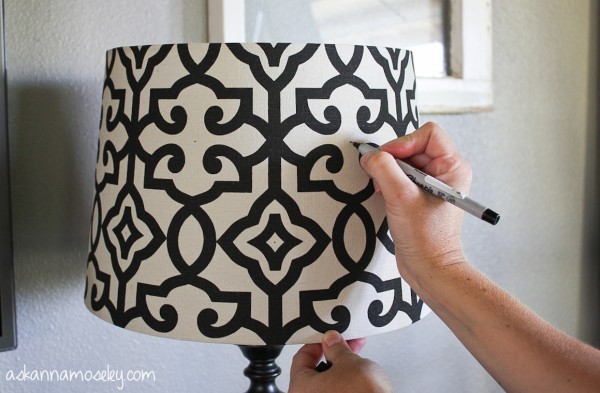 Then I inserted the tacks all the way around the shade, so they’d slide in easier after they were painted. 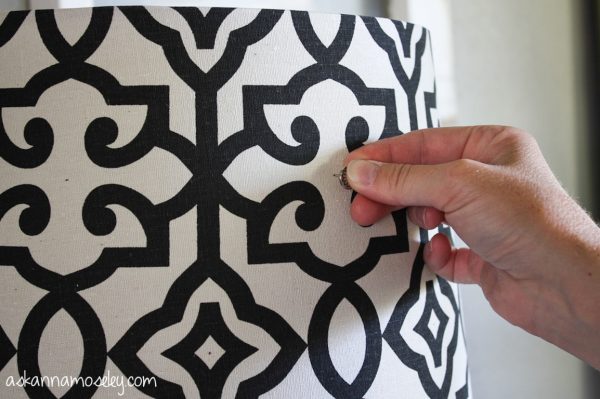 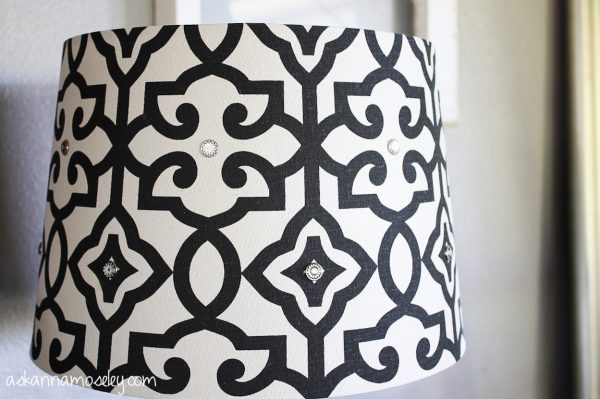 Then I pushed all the tacks into the bottom of a cardboard box to make it easier to spray paint them. The color I had on hand was this gold metallic spray paint from Ace Hardware. 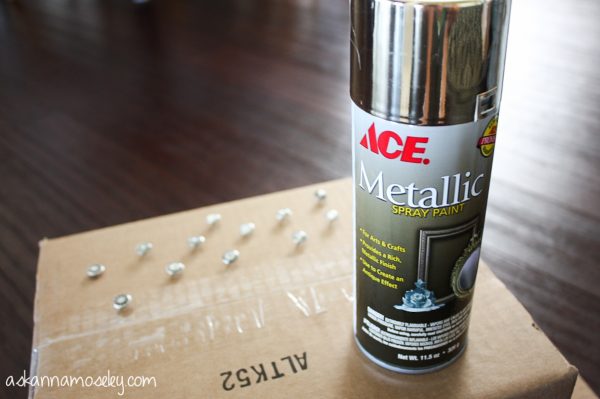 Then I took them outside to spray. 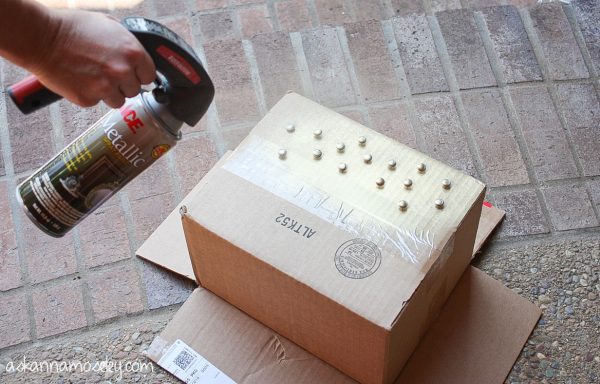 I was really happy with the color, it turned out even better than I’d hoped! 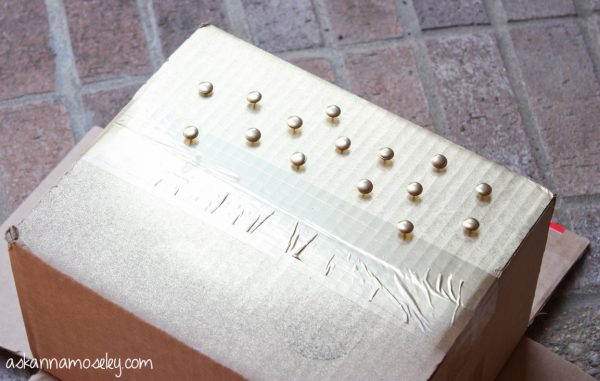 Once they were dry I brought them back in the house and pushed them into the holes I’d made on the lampshade. 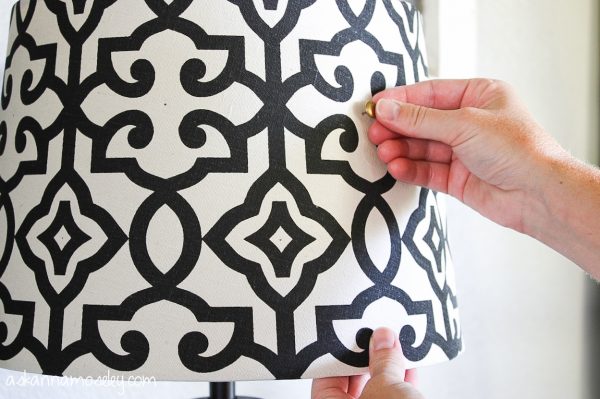 What do you think of the finished product? 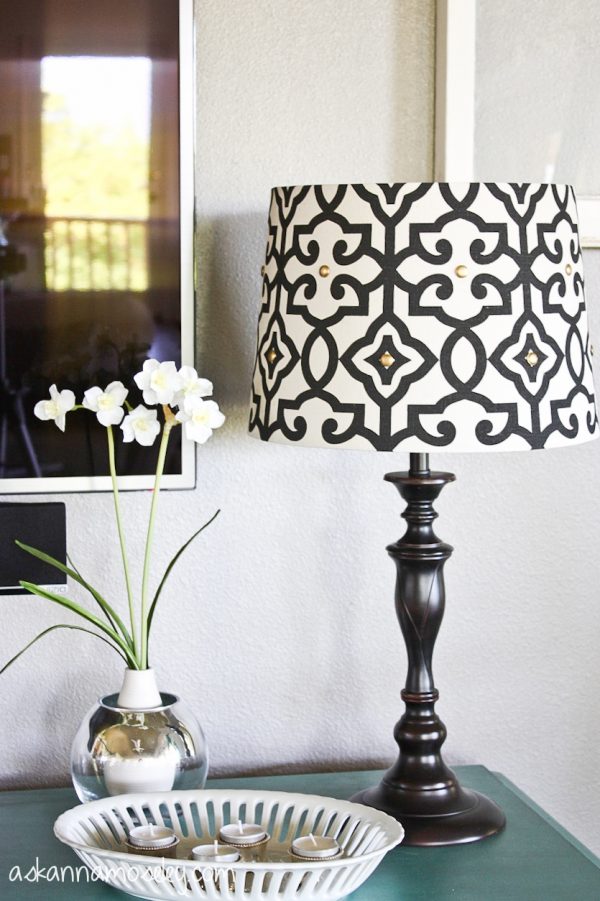 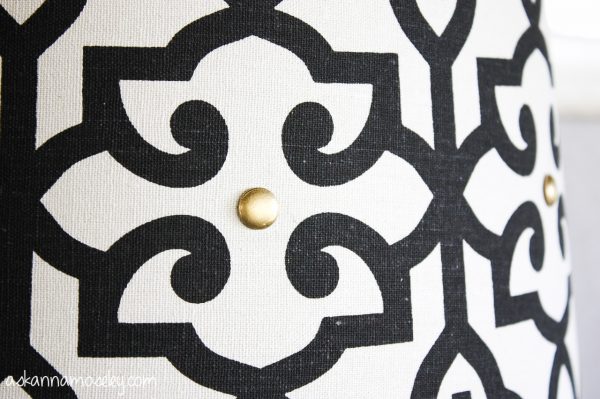 I think it adds just the right amount of bling, without being too much. Thank you Eddie Ross for the fabulous idea! 🙂 Oh and the best part is that the project cost me less than $13, which was the price of the lampshade, because I already had everything else!! I love a cheap DIY project! I can’t wait to show you all the other fun things I learned on my tour of the BHG campus, that post will be up this Thursday so stay tuned… 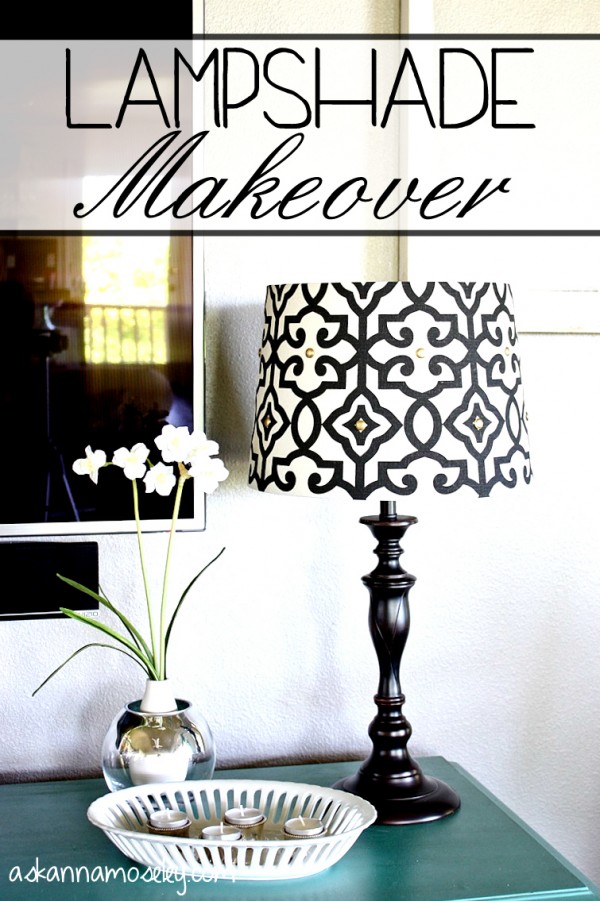 Disclaimer – I have included a few affiliate links to the products I used in this project, if you buy through the link I get a small commission but you don’t pay a cent more than you normally would. Thank you for supporting Ask Anna! 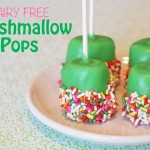 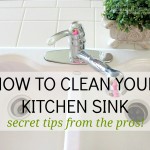