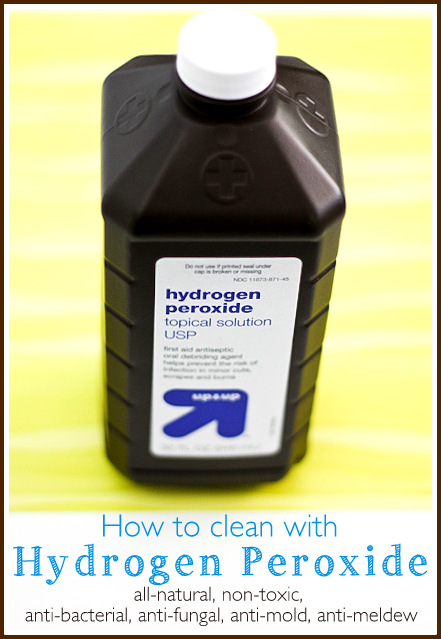 Laundry
Hydrogen peroxide can be used to pre-treat tough stains, and it’s a natural alternative to bleach. To get rid of a tough stain, such as grass, blood, coffee or wine stains, saturate the stain with hydrogen peroxide, let it set for a few minutes, and then toss it in the washing machine and wash as normal.

If you’re not a fan of bleach you can use hydrogen peroxide as a green alternative. One of the original uses of hydrogen peroxide was bleaching hair, so if you add it to your white load it will help brighten them without the harsh smell, like bleach. (source)

Bathroom
If you have mold or mildew growing in your bathroom, you can use hydrogen peroxide to get rid of it!  In small bathrooms, or bathrooms with no windows, it is common that left over moisture from showering will start to form mildew in the shower and on grout lines.  Luckily hydrogen peroxide is anti-mold and anti-mildew! Spray the mildew liberally with the hydrogen peroxide and then let it sit so it can fizzle and foam. For a little extra cleaning power sprinkle baking soda on the treated area and then scrub it with a cleaning toothbrush, or a good sponge. If the mold/mildew has been there for a long time you might have to repeat the process to remove the dark stain from your tub or grout, but don’t worry it will return to it’s original color!

Kitchen
Hydrogen peroxide is a non-toxic, all-natural chemical, which makes it great for cleaning in the kitchen. To disinfect food prep surfaces, without harsh chemicals, spray hydrogen peroxide liberally over the surface and when it stops fizzing and bubbling, wipe it up. 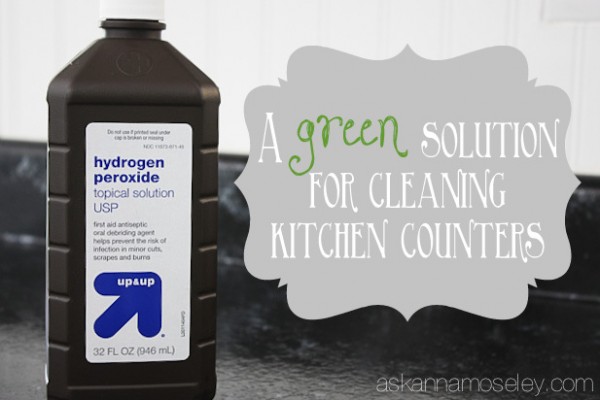 It can also be used to clean out the fridge, the inside of the microwave, or even clean up the dinner table!  And because it’s non-toxic it’s safe for kids to use, which means you can ask them to help you wipe down the counters and table after dinner!

Pots and Pans
To get rid of baked on, or burnt spots, on your pots and pans, combine baking soda and hydrogen peroxide to make a paste (about as thick as pancake batter). Using your fingers, rub the paste onto the burnt spot and let it sit for about 10 minutes. When 10 minutes has expired use a kitchen scrub brush, or a sponge, and run the pot under warm water to remove the burn spot.  (source)

You can also use this technique to remove burn spots on a glass stove top, or the oven glass.

Kid’s toys
Hydrogen peroxide is also a great way to clean your children’s toys, without having to worry about chemicals going back into their mouths.  Get a large bucket and fill it with hydrogen peroxide (just enough to cover the toys), then toss the toys in and let them fizz and bubble. Once the bubbling stops remove the toys and let them dry. Once they are dry they are clean and safe to play with again!

There are so many great uses for cleaning with hydrogen peroxide and because it’s anti-bacterial, anti-fungal, anti-mold and anti-mildew, you can eliminate some of the other cleaners in your cupboard and just use hydrogen peroxide as a non-toxic, environmentally safe cleaning product for your entire house!

Have you ever used hydrogen peroxide to clean your house?  Leave me a comment because I would love to hear any additional tips you have! 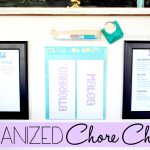