Last month when we went to Tennessee I hired a handyman to finish painting Malea’s bed.  What I forgot to tell him was to not close the door to where the cat box is hidden!  Two days after we’d been gone I got a call from my friend, who was there to feed our cat, and she told me that the door had been closed and that our poor kitty had been using our hallway as a bathroom instead.  I, of course, felt horrible for our cat, because she had been locked out of her bathroom!  She’s very obedient so I knew she was probably miserable, holding it in, and finally used the hallway because there was no where else to go!  Luckily when I got home I realized that she had only used the hallway for pooping and that she had actually urinated in my daughter’s bathroom.  She didn’t quite make it to the toilet {that would’ve been awesome} but she did go all in one spot on my shag rug.  The smell was absolutely awful and I was afraid I’d have to throw out the rug!  But because I write this blog, I figured I had to come up with a solution because I probably wasn’t the only one who’d ever had this problem!  So here’s a quick tutorial of what I did.

Step 1:
Take the rug outside and turn it upside down. 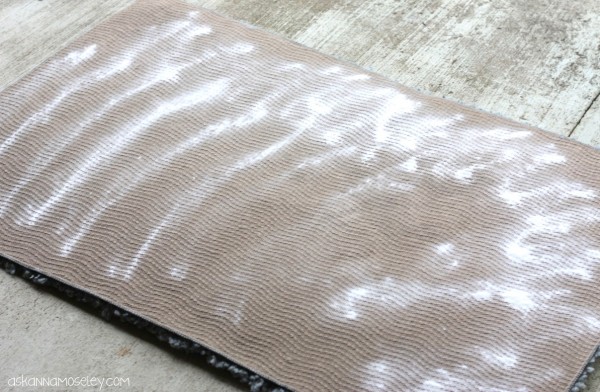 Step 3:
After sprinkling the baking soda, spray the entire rug with white vinegar.  I saturated it with vinegar!  I emptied 1/2 this bottle on the rug, making sure the whole rug had been sprayed really heavily. 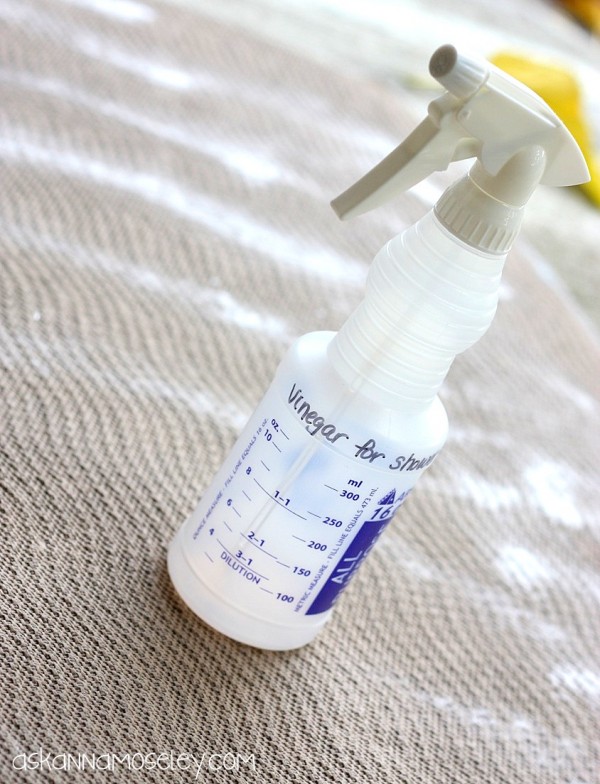 It will bubble and fizz, it’s kind of fun to watch! 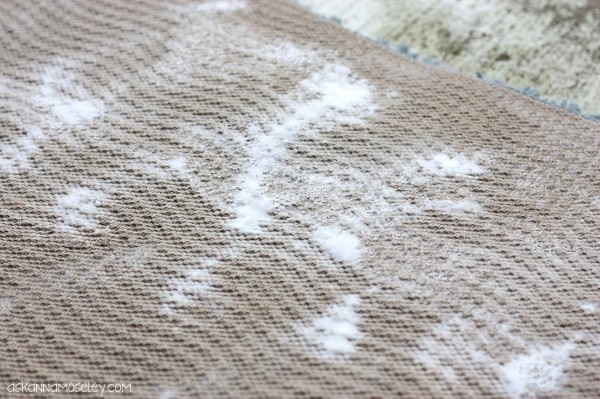 Step 4:
Let the rug sit for at least an hour.  It’s important to make sure that both, the baking soda and vinegar, have completely soaked into the rug.  I let mine sit for a couple hours, just to make sure, because I know the smell of cat urine can really linger.

Step 5:
Wash the rug.  Because this is a smaller rug I was able to throw it in the washing machine and wash it with really hot water.  However if you are doing this to a large rug, or carpet, I recommend washing it with a steam cleaner.  Most steam cleaners have a hand held feature to make for easy spot cleaning.  Here’s a link to the one I have, and recommend.

Make sure the rug is completely dry before putting it back in place. You don’t want to put it back when it’s still damp or you will end up dealing with mold or a musty smell.

So if your pet ever has an accident, now you know there’s an easy solution to getting rid of the smell! 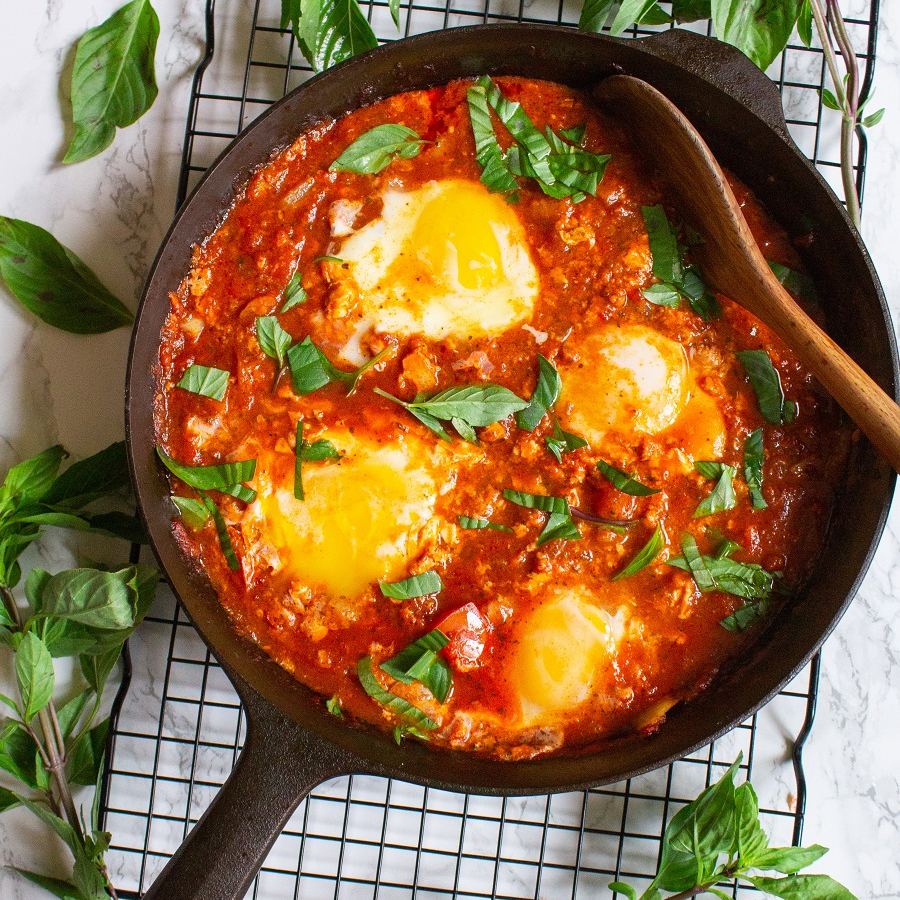 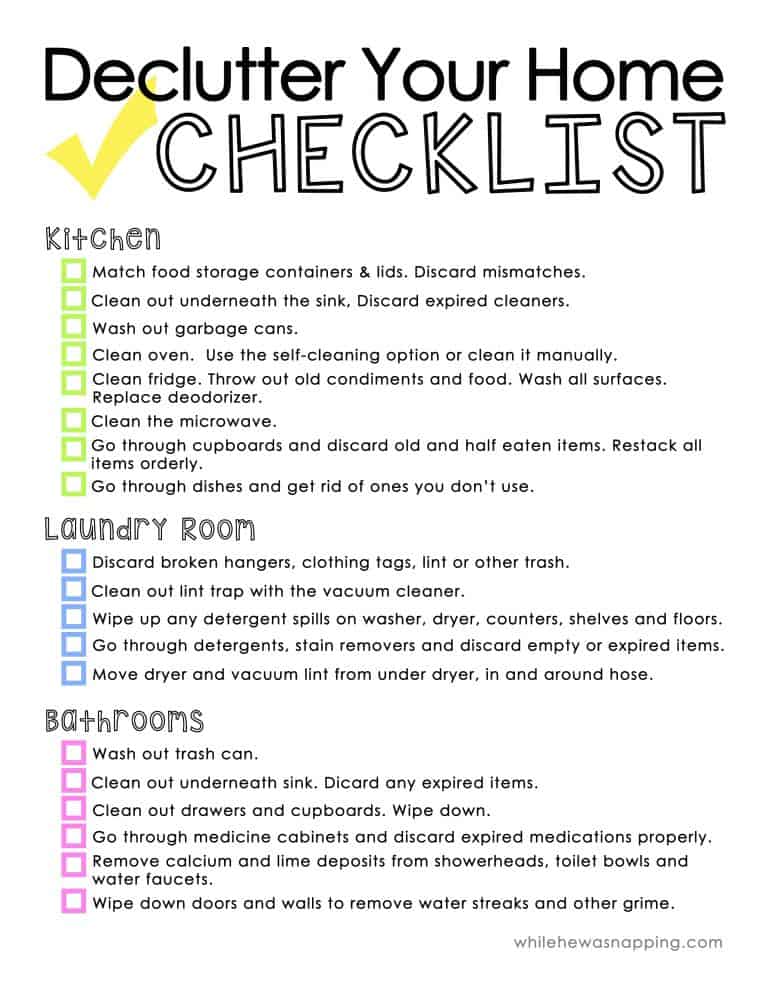